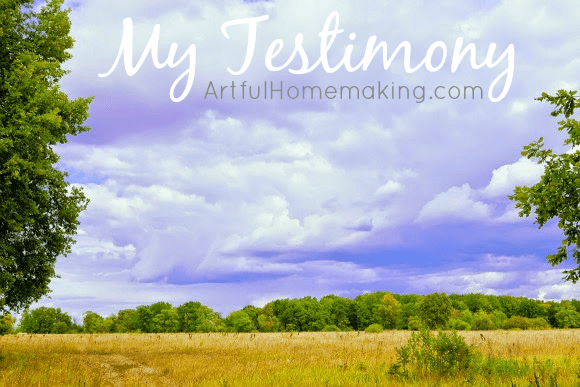 “Do not remember the sins of my youth, nor my transgressions; according to Your mercy remember me, for Your goodness’ sake, O Lord.” ~Psalm 25:7
Even as a child, I thought and felt deeply about things. I can remember lying on my back in the grass on a summer afternoon, watching the puffy white clouds drifting lazily across the vibrant blue sky. I was alone in the field surrounding our rented farmhouse, and I was five years old. I remember that I was watching the clouds and wondering about them. Was God up there somewhere with those clouds?
I had heard about God my whole life. My mother was (and is) a devout Christian, and my parents took us to church regularly.
One day, I heard my parents talking about someone who had died. Death was something I feared. I asked my mom what happened when people died, and we talked about heaven and hell. I was afraid of hell, and I knew I didn’t want to go there. Through tears, I told my mom how scared I was to die, and she told me if I loved and believed in Jesus and gave my life to Him, I would go to live with Him in heaven when I died.
I couldn’t remember a time when I didn’t believe in Jesus. I had always believed in Him. In my childlike mind, I knew and understood that He had come down from heaven to be born as a baby to the virgin Mary (I had no idea what the “virgin” part meant, though), and then He lived a sinless, perfect life, and died on a cross to save me from my sins. Then He rose back to life on the third day after being crucified, and went back to heaven. I fully believed that.
So, that day with my mom, I prayed a prayer, asking Jesus to forgive me for my sins, and to “come into my heart.” I felt happy knowing that at least I wouldn’t have to go to hell when I died.
When I was nine, we had moved to a different state, and we went to a different church. Some of my friends were going to get baptized, and I decided this would be a good time for me to be baptized, too.
About two years later, my parents separated, and I moved to a different state with my mom and brother. We moved from a small town to a large city, and my whole world was turned upside down.
Now that Mom was a single parent, she worked all the time. She had a long commute from our apartment in the suburbs to her job in the city. My younger brother and I each had a key to the apartment, and we would come home to an empty house, on our own for several hours. We were nine and eleven years old.
Usually, we had friends accompany us to our house. or we went to theirs. Their parents weren’t home, either. We would spend the afternoon watching MTV, eating microwaved pizza bites, drinking Dr. Pepper, and playing video games.
At first, my grades were good. The teachers at my new school liked me. I was quiet and compliant, always did my homework neatly, and never caused any trouble.
But I felt lost in the sea of students at my large middle school. And worse, some of them were picking on me. I had glasses and short, curly hair. I had no clue about the latest fashions, and we didn’t have the money to buy a $50 pair of Guess jeans. I hated my life. I realized that in order to stop being picked on, I had to become cool somehow. I ditched the glasses for contacts, grew my hair out long, and started wearing makeup. 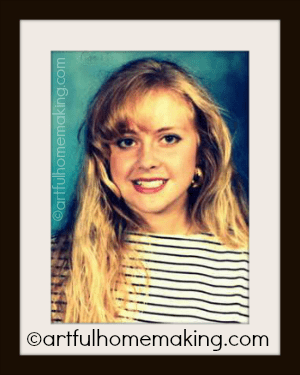 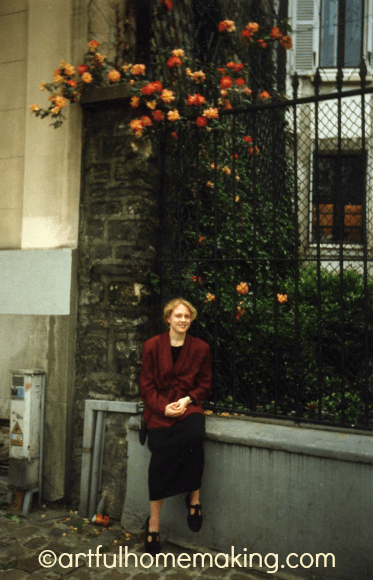 Twenty years old, in Paris on a mission trip

Years later, I was re-baptized, just because I wanted a redo now that I really knew the significance of what I was doing. 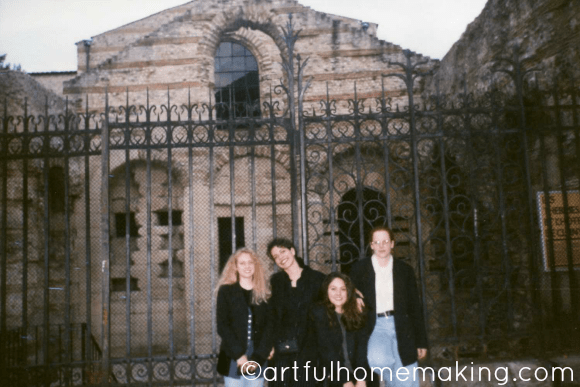 With some friends in Paris (I’m on the far left.)

And my parents? They got back together after eleven years of separation, and they are still together today. I’m so thankful for their love, support, and prayers! 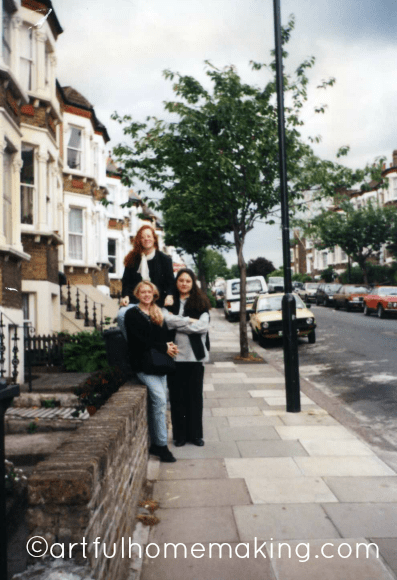 In London at a YWAM station

God is good. My twenty-three years of following Jesus haven’t been easy. In fact, some things have been harder since I became a Christian.
But even during deep suffering or sorrow, Jesus is the reason for the hope I have during difficult times. He’s my reason for living.
Soli Deo Gloria! To God alone be the glory!
“I love the Lord, because He has heard my voice and my supplications. Because He has inclined His ear to me, therefore I will call upon Him as long as I live.” ~Psalm 116:1-2
“For You have delivered my soul from death, my eyes from tears, and my feet from falling. I will walk before the Lord in the land of the living.” ~Psalm 116:8-9
“I will praise You, for You have answered me, and have become my salvation.” ~Psalm 118:21

Too Fast
My First Shawl