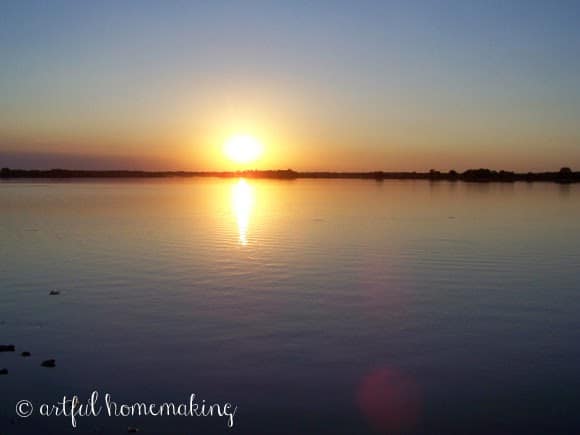 “Weeping may endure for a night, but joy comes in the morning.” ~Psalm 30:5
Last night everything seemed black. It seemed like so many things were going wrong, with no hope of anything ever turning out right.
For one thing, after my husband’s lab work came back a few days ago, we found out that he has Hyperthyroidism/Graves’ Disease, which isn’t the worst thing he could have, but it’s just an added difficulty to his other health issues.
And then, through no fault of his own, he just lost his job (yesterday), and in a very hurtful way. Last night I wasn’t sure how we were going to make it. Between the health concerns and then the sudden and very unexpected loss of my husband’s job, I felt very fearful and devastated. I wondered how things would be okay. How could God bring good out of what felt so evil?
Neither my husband nor I slept very well last night. Between health issues and anxiety, it wan’t very restful. 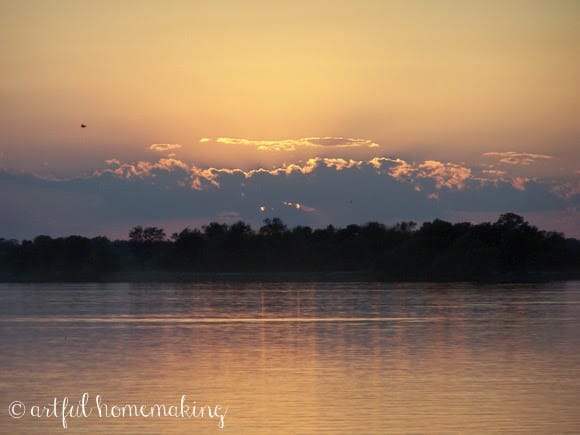 This morning, despite the “hangover” feeling of not having slept well, I knew it was going to be okay. Not like everything in this trial is going to be fun, but I know the Lord will watch over us and help us.
And the outpouring of love and support from our friends and family has been huge! When you’re going through a trial, there’s nothing more encouraging than knowing your friends are there for you and praying for you. And we’ve experienced nothing but love, understanding, and encouragement from our friends and family.
We had a very open discussion with our children this morning, letting them know what’s going on (and assuring them that it’s going to be okay), and we all tossed around some practical ideas for making and saving money. I’m thankful that we’ve got lots of beans and rice available in our pantry! We found some items we are hoping to sell online, and we even talked about the possibility of having a garage sale.
We also found out this morning that the company my husband was working for is willing to allow him to work there through the month of October, so at least he has employment until the end of next month. The prayer is that he might be able to find another job during that time.

Thank you all so much for the thoughtful and encouraging comments you left on my last post, and thank you especially for the prayers!

I also wanted to leave an update on our friend Zachary, who is in the PICU in another city, with what they think is Guillain-Barre syndrome (I had asked for prayer for him at the end of this post.)

Here’s the latest update from his mother:

I was very encouraged to see Zach yesterday.  He seems bright in his eyes and much more alert.  He has no improvements in his body with the paralysis, but he was communicating by a picture board and spelling out via touch on a letter pad.  He was watching a cartoon!  He is more alert than most on ventilators, due to the fact they don’t want him losing muscle control totally.  The neurologist did tell [us] that this is one of the worst cases of GB they have ever seen.  His recovery will be a VERY long and arduous one.  But the Lord can help speed that up!  He will be with us every step of the way and to Him I give all praise and glory.  I will praise him in the good and the bad, just as Job did.  Please do continue to lift him up to our Lord for healing.
If you are close, he LOVES visits, especially from the young men he has had interaction with.  No one can come into the PICU under the age of 12, and only two are allowed into the room.
Zach will not be able to talk due to the tubes, ventilator, feeding tube, but he can spell out words on a pad next to his bed.  He does not have abilities to move any part of his body and it does look “frightening”.  Just a warning if you go.  🙂  Its not very pretty.  But please do not let this discourage you!
Thank you all for your calls, emails, love and support in our deepest time of need.  We are so grateful for our friends and family.

Thanks again so much for your prayers for our family and also for Zach and his family!

“Confess your trespasses to one another, and pray for one another, that you may be healed. The effective, fervent prayer of a righteous man avails much.” ~James 5:16

When the Suffering is Long
My Blog Plan {Giveaway}