Instant Pot apple butter is simple to make and this recipe has no sugar added! Save time by making apple butter in your pressure cooker. 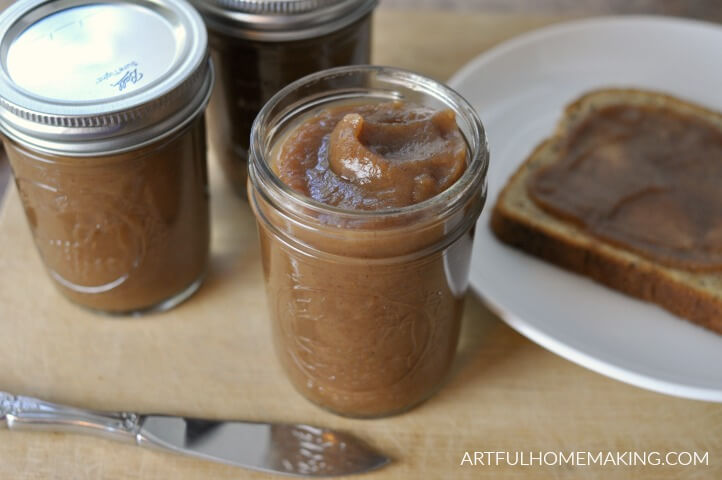 They were a good price because they were supposed to be “seconds,” but they tasted delicious, and they looked almost perfect.

Gala apples are my favorite, and I was so happy to have all these delicious apples for recipes and eating raw.

After making apple crisp and a few other apple concoctions, we just had a small bowl of them left.

I decided it was time for some apple butter.

I love making apple butter, and I’ve made it several different ways through the years, like this recipe made in the oven, and also traditional apple butter.

Instant Pot Apple Butter is now my favorite recipe! It’s so much faster and simpler overall.

A small recipe like this is perfect if you just want some apple butter in a hurry! If you’re wanting to can it, you could try doubling the recipe so you get more for your efforts. 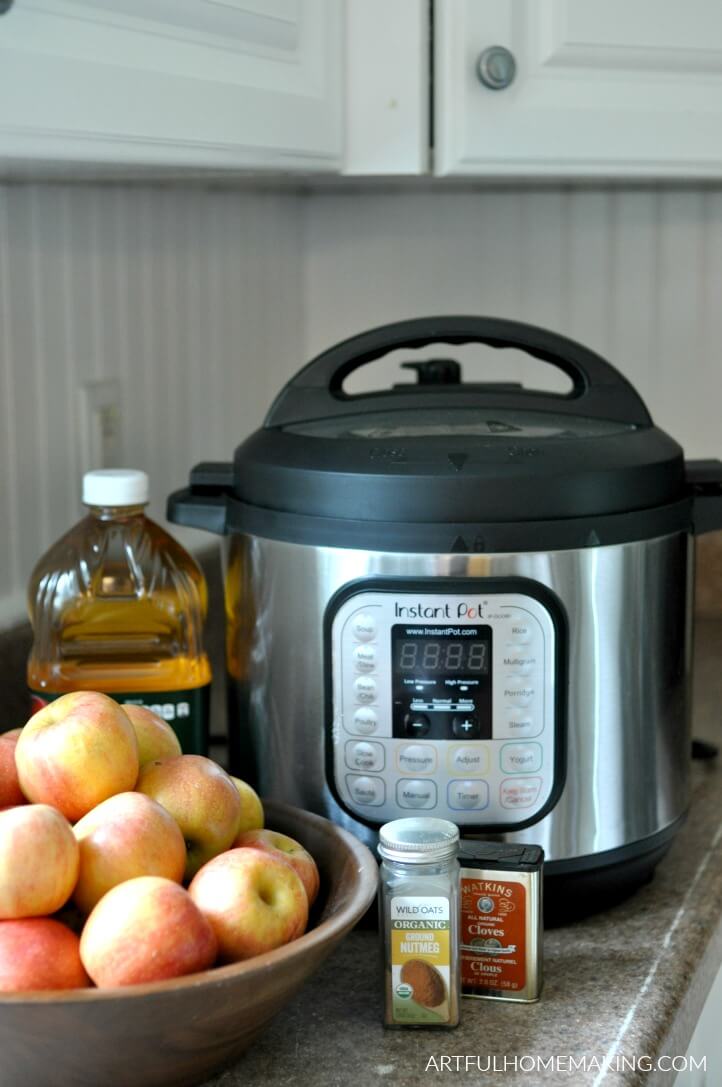 Here’s a list of the supplies and ingredients you’ll need to make apple butter in your pressure cooker.

One of the things I love about this simple apple butter recipe is that you make it all in just one container. Pretty much all of the mess is contained inside the pressure cooker insert.

That means less work when you’re cleaning up! 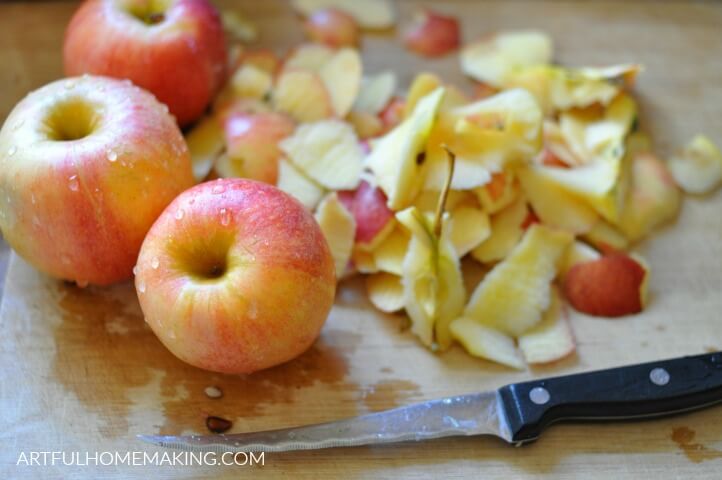 Add the apple slices and the spices to the Instant Pot insert. 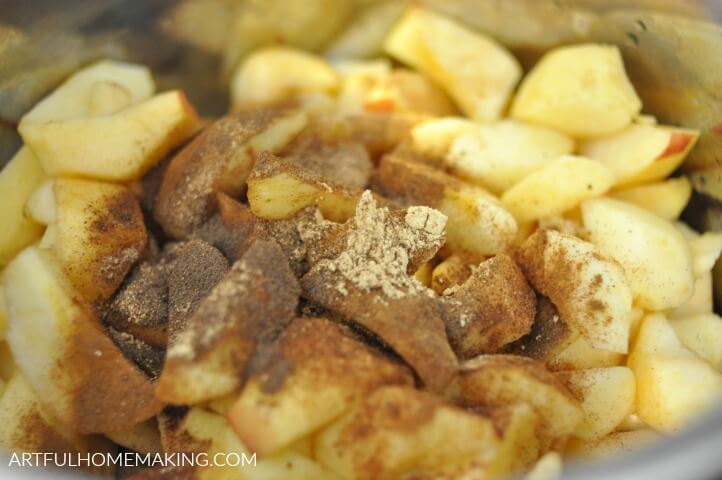 Add the apple juice, and turn on the Instant Pot. Set vent to sealing and adjust time to 20 minutes at high pressure.

After the apples and spices have cooked in the Instant Pot, do a quick release to release the pressure.

Then use your immersion blender to blend everything until it’s smooth. You want it to be free of any lumps. 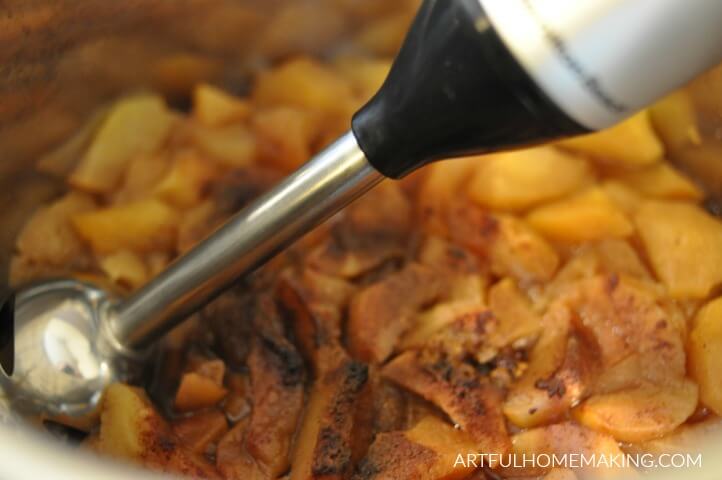 Turn the Instant Pot to the saute setting (on low) and cook and stir until the apple butter thickens.

Be careful during this process, as the hot apple butter can splatter. 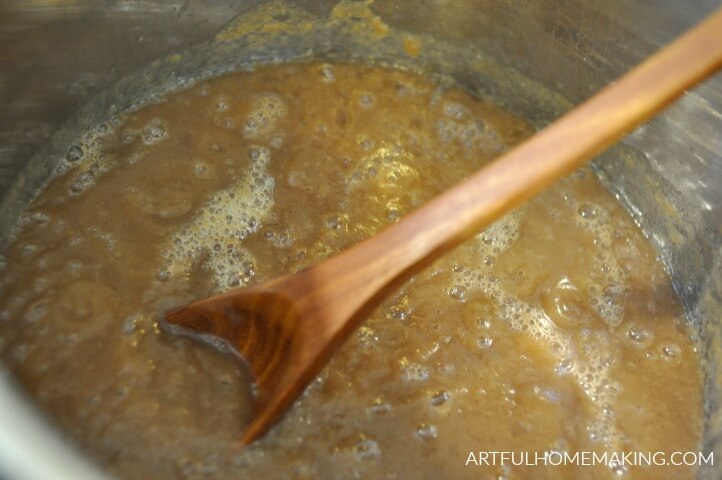 It can take anywhere from 20-45 minutes to reduce and thicken the apple butter. You’ll know it’s thick enough when it falls from the spoon in sheets and part of it clings to the spoon. 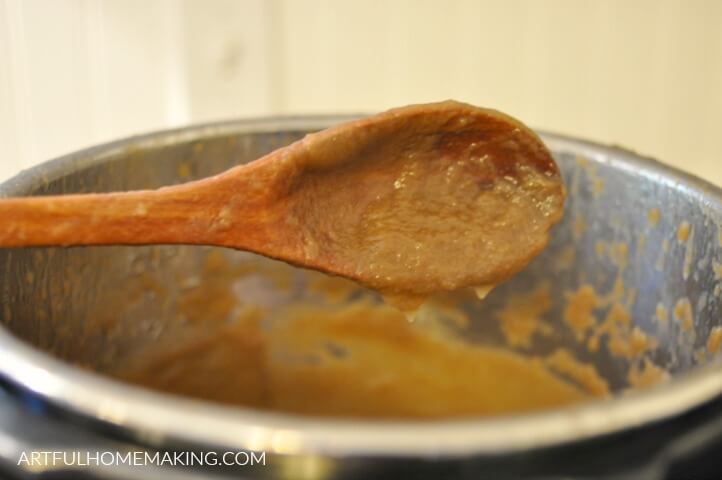 When your apple butter is as thick as you want it, ladle it into jars and then refrigerate. 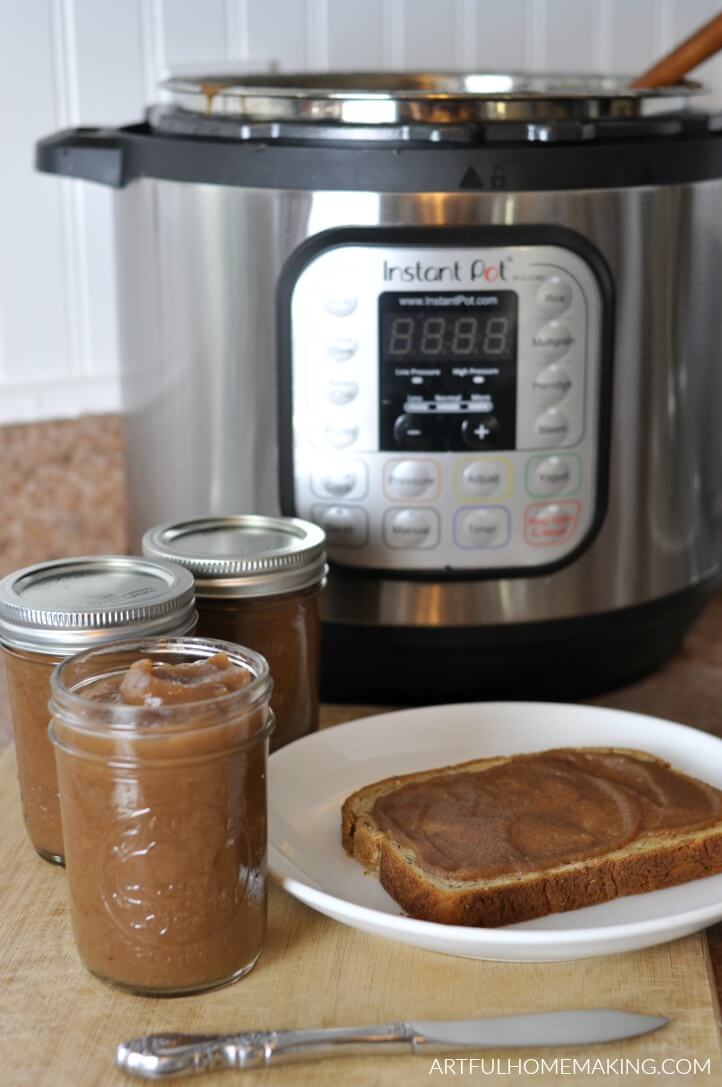 This recipe makes a little over three half-pint jars. And it doesn’t last very long at our house! 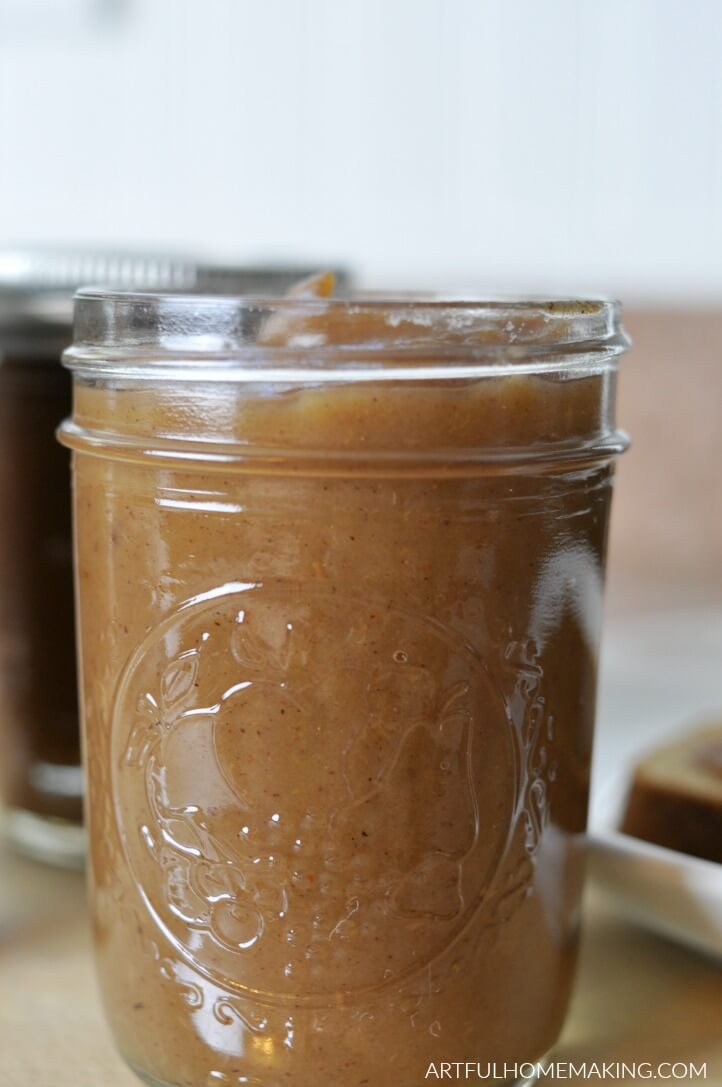 If you have more than will fit in your jars, make yourself a piece of buttered bread with apple butter on top and enjoy! This is one of my favorite fall flavors ever. 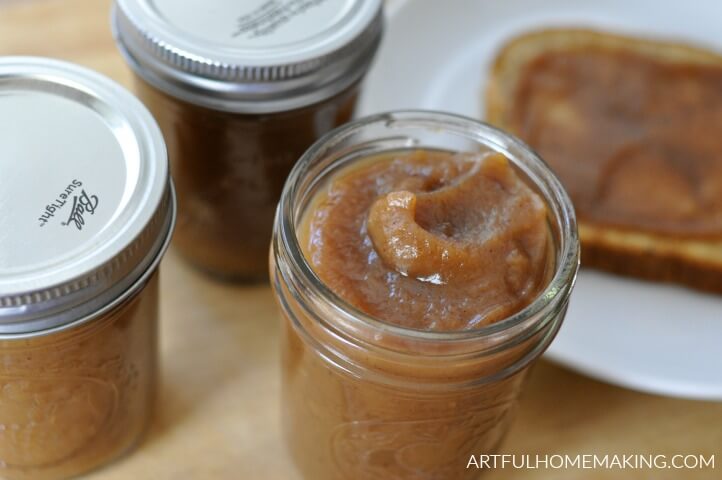 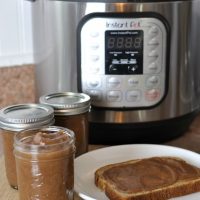 Supplies Used in This Project

Here’s a list of the supplies and ingredients you’ll need to make apple butter in your pressure cooker.

Thanks so much for stopping by!

Pin it for Later: 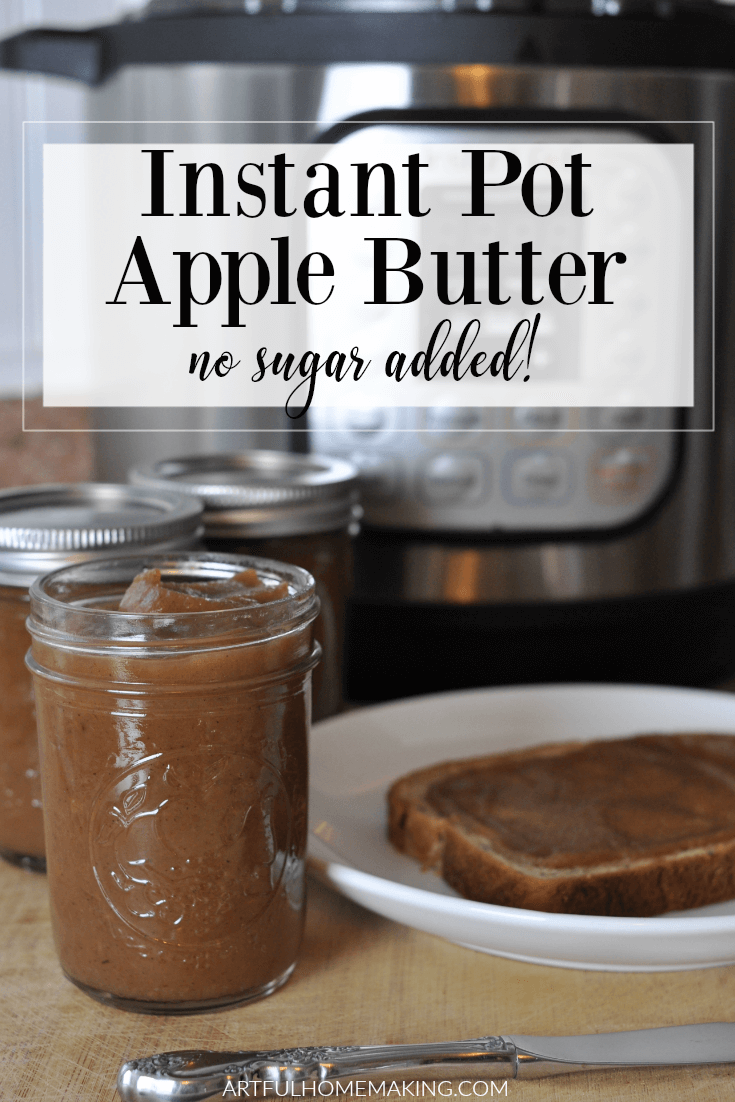